{Short Story} To Plant a Single Seed by Kelsey Ketch

If you’ve missed this take a look, I think you will like it.

Congratulations to you, Kelsey! 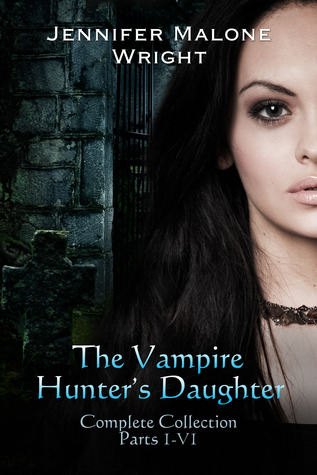 This special edition of The Vampire Hunter’s Daughter contains parts I-VI, the complete collection. Fourteen-year-old Chloe witnesses her mother’s murder at the hands of a vampire. Before the vampire can kidnap her, there is an unexpected rescue by a group of vampire hunters. Overwhelmed by the feeling of safety, Chloe passes out and they whisk her away to their small community. When Chloe wakes, she comes face to face with the only other living relative, besides her mother, whom she has ever met: her grandfather. Chloe’s mother kept her hidden from the family; now, Chloe tries to unveil the family secrets. Through her grandfather, she learns her mother was a vampire hunter. In fact, her entire family is descended from the powerful bloodlines of vampire hunters. Chloe agrees to join the family she has never known for one reason only: Chloe vows to kill the vampire responsible for her mother’s murder. With vengeance in her soul, Chloe is even more determined to follow through on her vow when she discovers the true identity of her enemy and how he is connected to her. Experience the world of vampires hunter’s, vampires and mythology with Chloe in this exciting series.

She resides in the beautiful mountains of northern Idaho with her husband and five children where she practices preparing for the zombie apocalypse. Just kidding!

But seriously, between the craziness of taking care of her children, Jennifer has little time left for herself. The time she does have left, usually leading far into the night, is spent working on her beloved fiction or chatting with her equally crazy friends.

Jennifer also loves coffee, has a passionate affair with red bull, wishes the sushi were better where she lives and dances while she cleans.

Dark Reflections by Kelsey Ketch My rating: 5 of 5 stars The simple act of buying a Civil War era mirror throws the main character into a nightmarish existence. This novel moves away from the conventional conceptions of Vampirism and takes it to a whole new level. The novel puts the main character, Alana in an impossible situation. She needs to deal with her own survival on an undiscovered island and take on the responsibility for another’s despicable actions. There is little hope of being found much less saved.The novel is fast paced and exciting. I thoroughly enjoyed the read. View all my reviews

Death Island by Kelsey Ketch My rating: 5 of 5 stars This book has so much to offer the reader. Based in 1714, a girl is looking to discover what happened to her father when she was a child. The novel is not only about answering that question, but weaves the self discovery for the main character. The book is packed with adventure, mythology, romance, conflict, treasure, and pirates. I couldn’t put it down. View all my reviews

What’s next for Kelsey Ketch?

Find out here on her blog:

I think you will find her next work mysterious and bewitching.

I have been waiting for this release for a while.  I hope you enjoy this post and purchase Dark Reflections by Kelsey Ketch.