via Update: Son of Set $0.99 Sale Has Been Extended! — Kelsey Ketch

Get the book and enjoy those eyes.

The Ides of March is known for the fall of Julius Caesar. It is also Seth O’Keefe’s birthday! There is a reason for this coincidence, and if you have yet to read the Descendants of Isis series, you can purchase Son of Set (Descendants of Isis #2) for $0.99 for a limited time.

Son of Set (Descendants of Isis #2)

Seth O’Keefe has broken the laws of his god. He never thought he would sacrifice his own future to protect a Daughter of Isis. But when the Sons of Set discovered Natti is the Secret Keeper, he had no choice. Now, Seth and Natti are on the run from his father, who wants nothing more than to see Seth dead. With no allies, Seth turns to the Daughters of Isis for help, hoping they would protect Natti. But when they…

If you liked the cover of my book, Name of Ra (Descendants of Isis Book 3), please vote for it for the Cover of the Month contest on AllAuthor.com! 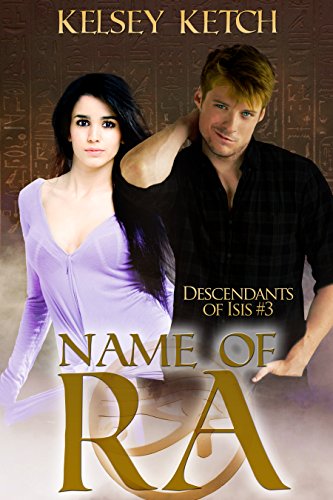 Kevin is one of my favorite, down to earth characters.

Giving Jen a hard time. There’s nothing more fun than pushing Jen’s buttons. She thinks she’s so high and mighty, it’s good to keep her grounded every once and a while.

Pharaoh’s Festival. It’s the best annual celebration in Setemple! Merchants and visitors from all over the west coast come to the festival honoring Setemple High’s mascot, which is pretty flippin’ awesome. Kevin especially loves the games at the Sphinx’s Challenge and the Haunted Pyramid, where someone could get the snot scared out of them. How could you pass that up?

{Short Story} To Plant a Single Seed by Kelsey Ketch

If you’ve missed this take a look, I think you will like it.

Congratulations to you, Kelsey!